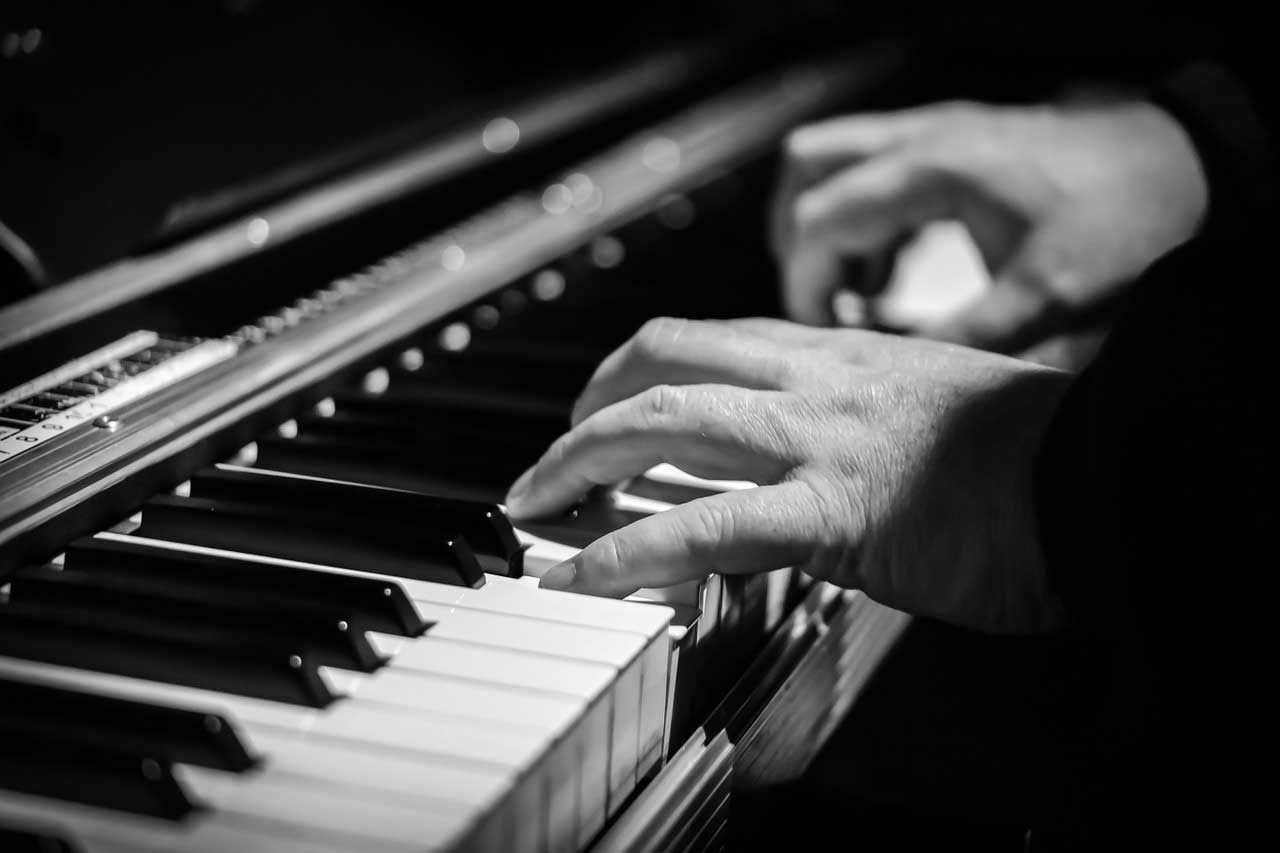 For decades, the name Casio has been synonymous with high-quality electronic keyboards and digital pianos at a wide variety of price ranges. Many a musician has gotten his or her start pecking away at an inexpensive, undersized Casio; their first key to unlocking the magical world of music. For this review, we've decided to take a closer look at the Casio WK-245 digital piano, and, rather than compare it against digital pianos from other manufacturers, we've instead decided to see how the Casio WK-245 stacks up against other offerings from the Casio line.

What Is The Casio WK-245 Digital Piano?

The Casio WK-245 is a price-conscious, entry-level digital piano that includes enough features and capabilities to grow with a beginner pianist as he or she advances. However, those looking to replicate a full-size 88-key keyboard will need to look elsewhere, as the Casio WK-245 conserves space and price by offering only 76 keys.

The features and specs make the Casio WK-245 a solid mid-level offering at a budget-friendly price. It includes 600 different tones, 180 built-in rhythms, and a maximum 48-note polyphony, which means the Casio WK-245 can produce 48 notes simultaneously. The WK-245 also features an impressive six-track onboard recorder with five-song memory, as well as an onboard sampler, making the Casio WK-245 a capable all-in-one workstation. However, it also includes a USB/MIDI port-to-host connection that can be used to connect the Casio WK-245 to a Mac or Windows PC, without the need to install additional drivers.

Available for about $200, the Casio WK-245 is by no means the least expensive Casio model we looked (that distinction goes to the CTK2400) but it also is far from the most expensive, with high-quality, professional-level digital pianos easily running into the thousands of dollars. This makes price one of the most important features of the Casio WK-245.

As stated above, instead of comparing the Casio WK-245 against similar models from other manufacturers, we've decided to take a closer look at Casio's offerings, seeing how the Casio WK-245 contrasts against more- and less-expensive models within the venerable Casio line. For this review, we also took a look at the following Casio models: 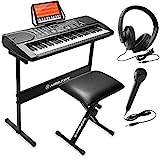 At just 76 keys, the Casio WK-245 lacks the full 88-key set available on other keyboards. While this may not affect many users, those looking to learn on a full-size keyboard will want to look elsewhere.

The Casio WK-245 comes with 600 built-in sounds, 180 built-in rhythms, and an on-board 6-track recorder/mixer with 5-song capacity. The Casio WK-245 even includes onboard sampling, meaning that there will be no shortage of ways to express and explore your creativity, and the USB/MIDI port allows you to connect your Casio WK-245 to a computer for even more recording and sharing options. 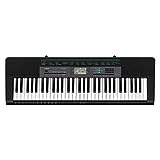 The Casio CTK2400 61-key digital piano is designed to be lightweight, compact, and available at a beginner-level price. Despite its entry-level design and price tag, this Casio does manage to deliver enough worthwhile features to keep beginners entertained as they work their way through that challenging early period, and it includes enough capabilities to grow with them; at least for a time.

With only 61-keys, the Casio CTK2400 falls far short of offering a full set for learners, though the keys are full-sized and some users may prefer the smaller size and increased portability of the overall digital piano. 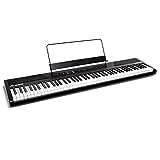 The Casio Privia PX-860 represents a jump from entry-level designs to a high performer. It includes a full 88-key Tri-sensor Scaled Hammer Action Keyboard II, one of the best-feeling and most-responsive keyboards we've tried on any digital piano.

As one might expect from a digital piano in this price range, the Casio Privia PX-860 includes a full 88-key keyboard with exceptional weight and responsiveness.

The PX860 is focused on recreating the feel, sound, and even appearance of an acoustic grand piano with the greatest degree of authenticity possible. Therefore, while you will find high-end features like a whopping 256-note maximum polyphony and Casio's proprietary Acoustic and intelligent Resonator (AiR) sound processor, you won't find hundreds of different voices or an onboard sampler. 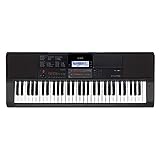 As the name suggests, the Casio PX-760 is one notch below the PX-860 we looked at above. For those who don't need quite the high-end performance (and high-end price tag) of the PX-860, the PX-760 offers many similar features for a couple of hundred dollars less, making this a strong mid-range offering for novice to advanced learners.

Not only does the Privia PX-760 include a full 88-key keyboard, it also features Casio's highly acclaimed Tri-sensor Scaled Hammer Action Keyboard II, which does a magnficent job of recreating the feel of an acoustic grand piano, making this a wonderful offering for those learning to play an acoustic piano but who do not have the room at home (or space in their budget) for an actual acoustic grand piano.

The Casio Privia line of digital pianos is focused on replicating the sound and feel of an acoustic grand piano, something it does remarkably well. However, this also means that it lacks some of the digital features found on the less expensive models. Similarly, given its slightly lower price point, the Privia PX-760 also lacks some of the features found on the PX-860. For example, while the PX-860 has a maximum polyphony of 256 notes, the PX-760 is capable of playing 128 notes simultaneously, which, by way of comparison, is half that of the PX-860 but about 3 times the max polyphony of the Casio WK-245. 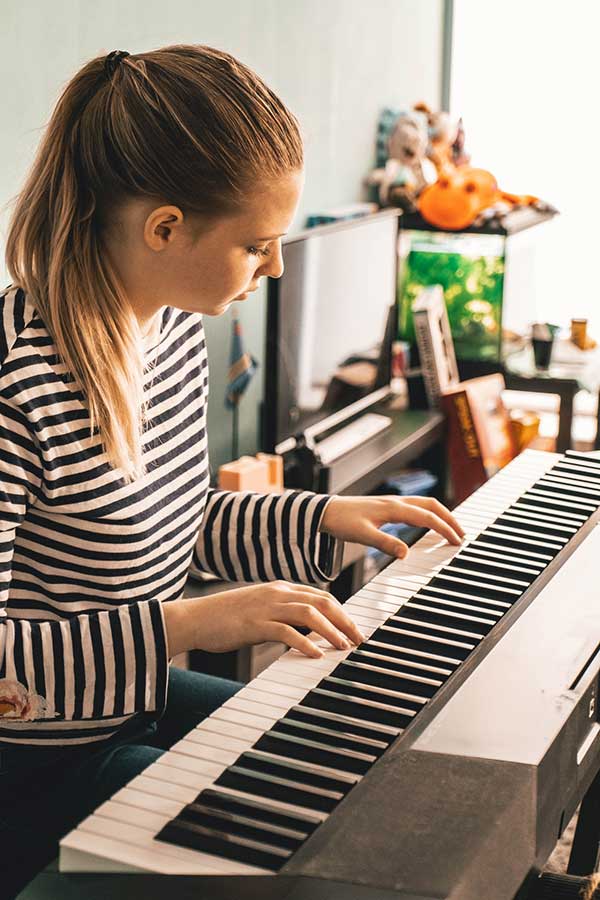 Not surprisingly given Casio's legendary name and decades of prominence in the digital piano industry, we found each of the models we looked at to be worthy offerings for their target demographics. Unlike some manufacturers who tend to focus more on either the higher or lower end of the performance (and price) spectrum, Casio has managed to deliver quality digital pianos with a range of features at a wide variety of price points.

For those who are just beginning to play piano or who are not as serious about being able to transfer their playing skills onto a full-size acoustic piano, the Casio WK-245 and CTK2400 are feature-rich, budget-friendly offerings that will more than serve the needs of most casual amateur musicians. However, one should not expect the sound quality on these lower-priced digital pianos to match that of their more expensive siblings, and those musicians who start off as beginners but continue to improve may be looking to upgrade sooner rather than later.

In the end, for delivering a quality design and numerous features at an extremely reasonable price point, we've decided to give the Casio WK-245 an overall rating of 4 stars out of 5. While some users may prefer to save about $100 and go for the smaller CK2400 or some may prefer to shell out more cash for the more acoustic-like sound and feel of the Privia models, the Casio WK-245 fulfills its role as midway stop between those two extremes.